“ I consider the ambition of overcoming opposites, including also a synthesis embracing both rational understanding and the mystical experience of unity; to be the mythos, spoken or unspoken, of our present day and age.” Werner Heisenberg

Perhaps, one of the essential questions in the conscious of Humankind have been and still is “Ex nihilo” (Out of Nothing) which nurtured subsequent arguments. This leads us questioning “Where is the truth and/or what is this for?” This issue was tried to be depicted in the first painting. There are pieces of mirrors, a ping-pong ball (representing the material world) and the reflections of the ball. The material has the reflections on the mirrors but, due to the physics rules, there is not a reflection of reflections (not being a light source). In fact, this may be considered as one of the ways of questioning the origin of life. To make it short: “Is life real; is it an illusion; or both?” or in a way as Shakespeare differently stated: “To be or not to be.”

Now we can move to a macro or micro world of the Mysterium (Mystery). Perhaps, as a general rule, the unknown is mysterious or vice versa…

Within this mysterious fora, the age of the Earth is more or less 4.5 billion years. And in accordance with the evolution theories (primarily Darwin) life has started from and through waters.

To the Theological theories; Genesis has happened in around 6-7 days… Belief systems, religions, and sects have been followed in due course.

And, the clashes emerging on the disputes of these perceptions have never ceased even today. In fact, the real reason of contradiction is perhaps rising over the perception mainly “think like me/feel and believe like me/be like me!…”. No need to mention personal interests. Probably, another question is “Where are we now?”. It seems that we are living in a world with full of prejudices which makes life much more difficult not only for humans but for all. (Main Picture) Here, Albert Einstein, with his famous quote may be referred: “It is harder to crack a prejudice than an atom.”

Or, the other way around as Avicenna (İbn-i Sina; 980-1037A.D) stated:“ The soul of man is a candle; science is its light and the Divine Wisdom is like the candle’s oil. If this candle burns and generates light, then you are called alive…”

“AND HUMAN CAME TO BEING…

WHO SHALL UNDERSTAND THE AIR, THE SOIL, THE WATER, FISH, SEED, TREE, CHILD, TIME, LOGIC, PHILOSOPHY, EVOLUTION AND EVEN EXISTENCE…

WHO SHALL TAKE LOVE, RESPECT, AND JUSTICE AND SHARING AS GOVERNING RULES… AND WHO SHALL BE SIMPLY A HUMAN…AS IF…” (Note: Script belongs to the artist)

While coming to the end of this part or as to begin: I have established a world in my heart with full of love to everyone and everything which gives the feeling of a flight on wings of a butterfly… Kenan K. 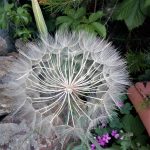 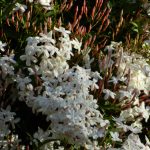 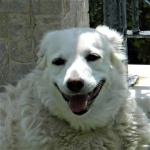 I have established a world in my heart with full of love to Everyone and everything…” Kenan K. ©2020